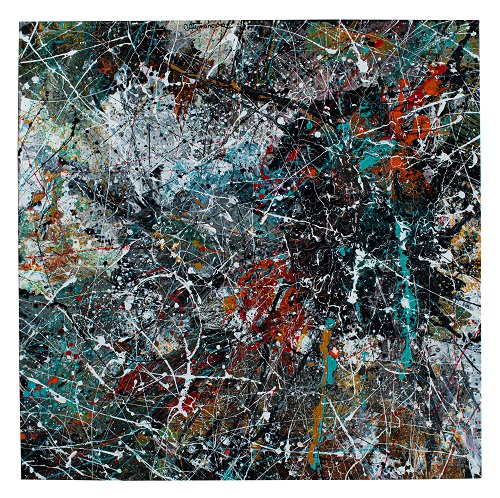 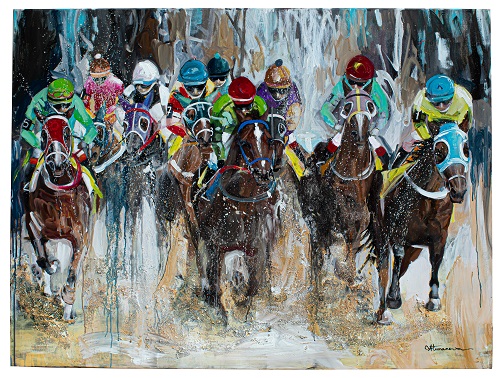 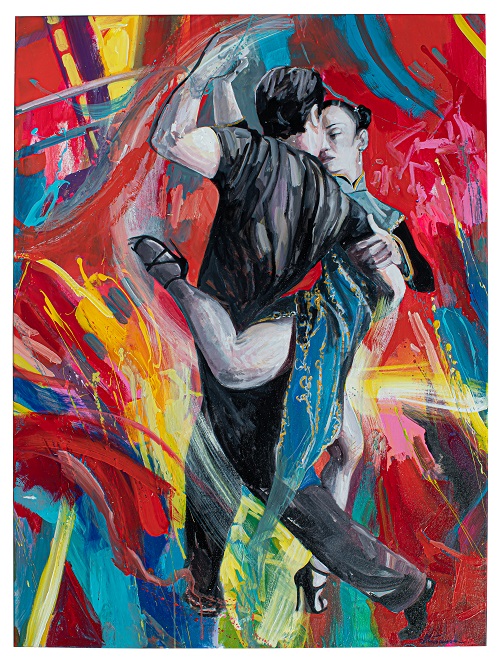 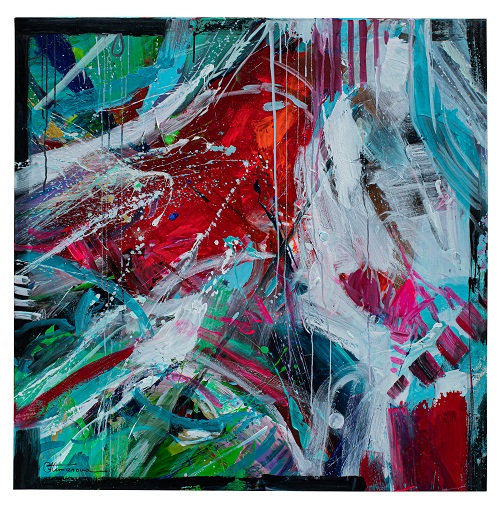 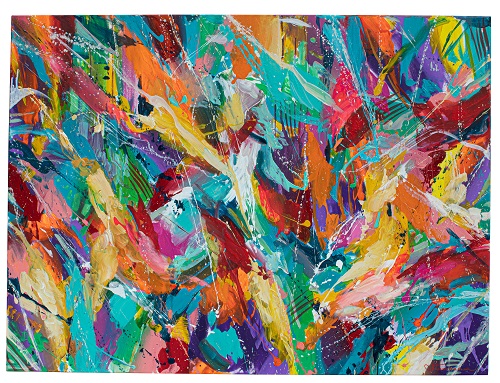 Anastasiya first discovered the joys of sculpture, drawing and painting with her grandfather, also a painter, at the age of seven. With his encouragement and under his tutelage, Anastasiya experimented with different media at a very young age. One of her charcoal sketches remains hanging on the wall of his studio and classroom 30 years later.

Anastasiya further established her own technique and style at the Faculty of Arts and History in Russia where she received a BA in Fine Arts.

In 2014 Anastasiya moved to Marbella, Spain, a life change which became a turning point in her career as an artist, bringing new inspirations and adding a spectrum of bright colors of life to her paintings. She was noticed by a Spanish television channel and brought on to host a series of TV episodes devoted to her art and the art world in general.

Anastasiya now resides in the Risle valley in Normandy, where she is discovering the landscapes so dear to Claude Monet and David Hockney.

Anastasiya always paints to the sound of music playing in her studio and often finds herself returning to landscapes, seascapes as well as pure abstracts. A common theme in many of her more recent paintings are suggested nudes superimposed on abstract backgrounds. In all of her works, there is a constant interplay of color, light and movement.

Wrapped in her musical bubble, painting in layers with a palette knife or brush, Anastasiya reinterprets and rediscovers her identity as an artist by layering her canvases with a combination of her energy, emotions and thoughts.

For a first look at new artwork, events and special offers exclusive to our collectors.